The Dog Days of Summer

What the fuck is happening?

2016 will go down as one of the most fucked up years in the history of our world, I have no doubt. Banking on the idea (and hope) that centuries from now scholars will be able to look back at this era and laugh at how naive and unfocused we all were, I’ll remain hopeful that the phrase it’s always darkest before the dawn isn’t just a slogan but a mantra for the human race.

Within the last year we’ve seen a lot of shit, and this summer has been defined by some of the worst of it. To wit–

I’m just kidding about the last one (mostly).

I’m going to say something that many might not agree with, but in my eyes every single one of these hot button issues have been exasperated by the very thing we’re using right now… The Internet.

Let me step back just a second and say that the Internet is amazing and helped me get through a lot of tough times during my teenage years (pr0n). Let me also say that bad shit has always happened and will continue to happen until we address the root cause of these issues and shine a light on the awful things that people do in the name of religion, race, love, and fear. Unfortunately that light is the World Wide Web, and unfortunately we’ve given every able citizen of the world an unfiltered platform for everyone to shout their opinion and generally be crazy to the general public.

The Internet can be a useful tool designed to promote transparency and open dialogue, but it’s mainly used to show us who on our friends list may be crazy and a bit racist. As a rule I don’t talk politics on the Interweb, and this will be my only post* on the matter. People laugh at me for still reading newspapers and weeklies in a digital age, but at least the guy sitting next to me at the Coffee House can’t start shouting at me about my idiot viewpoints or how <INSERT POLITICIAN NAME HERE> (Obama, Hilary, Trump, Bernie, God) is the devil. I mean that can still happen, but that’s Old Man Jim yelling and we let him do whatever he wants.

I will continue to have faith in humanity, because I see all the good that’s out there beyond the hate. Take a look at this recent Cracked article talking about the great things people are doing in the world. Just because the media (and your insane Facebook friend) isn’t talking about it isn’t happening.

I believe the slogan ‘Make America Great Again’ is a pretty big fallacy, because to me we’re continuously working on making America great, period. This is a country rife with awful history. Let’s not dwell on the past and let’s start being truly progressive toward an all-inclusive future.

Finally, I’m not sure where this Presidential Election is heading and frankly I have a lot of issues with both of the big party candidates (Hilary steals the nomination; Trump steals your brain cells every time he speaks). I have a sick feeling Trump may walk away with this whole thing in the bag after running the greatest professional wrestling angle in political history. If the unlikely happens though, have no fear– 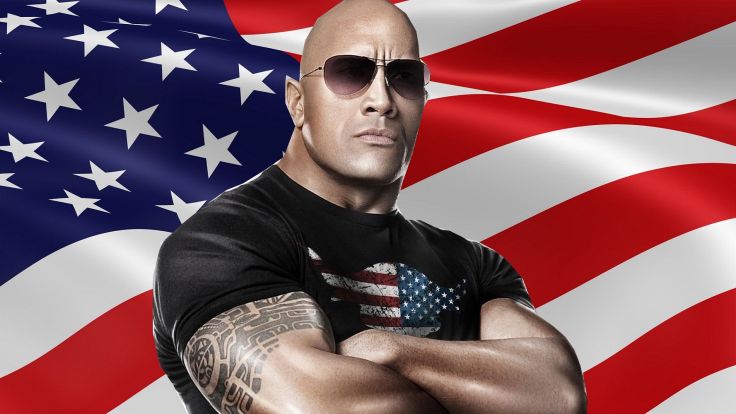 If ya smell what I’m cooking.

*Of course I reserve the right to post follow-up rhetorical bullshit when this country inevitably eats itself alive come November 2016. Then again, this is just the pessimistic side of me talking. Ignore this asterisk, for now. ::cue ominous music::