Mr. Robot Is The Best Show on TV You’re Not Watching 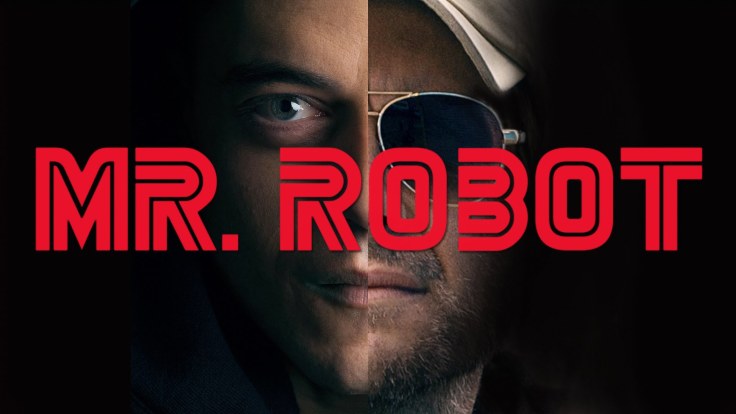 Challenging TV is hard to come by.

I’ve loved television since I was little, drawn to the bright lights and funny sounds emanating out of this giant box (Spoiler Alert; TV’s got a lot smaller THEN a lot bigger. Again). My Nana loved television, though her viewing habits leaned toward Larry King, The Home Shopping Network, and late night binges of the Church Channel.

Growing up I loved my Saturday morning cartoons, and as I got a bit older I began appreciating the finer (lower) art of sitcoms like Married: With Children and Get A Life. I would also watch episodes of Alf, Cheers, and The Cosby Show, but in the end one of my most vivid memories was sneaking out of my bedroom to try and get a glimpse of the latest Herman’s Head. I guess I just really loved the Sunday FOX lineup.

I was a big fan of Star Trek and specifically Deep Space Nine, but Buffy The Vampire Slayer (and Angel) was the first high concept show(s) I became obsessed with. It was these shows I discovered the themes television was able to explore, and Joss Whedon was a master of it long before The Avengers came calling. The Series Finale of Angel (Season Five; “Not Fade Away”) may go down as one of the best finales of all-time for me, but that’s an article for another time.

All this is to say that in the wake of Breaking Bad & Hannibal ending, the dire wait between Better Call Saul and Fargo, and the impending end of Game of Thrones I needed a new show to sink my teeth into. Thankfully, there’s this little show on USA called Mr. Robot. You may have heard the name, scoffed, and moved on with your life. I don’t blame you because last year I did the very same thing when it first premiered.

HOW WRONG I WAS.

I mentioned in my year end review how much I enjoyed Mr. Robot’s First Season, and I was literally counting down the days leading up to Season Two. We are six episodes in, with the entire season being written and directed by creator Sam Esmail. It’s an ambitious undertaking, with many questioning where the show has faltered.

I am not one of those people.

While the first three episodes were a slow build (discounting the fact that SPOILER <REDACTED> SPOILER happens in the first fucking episode) it was laying the groundwork for the last couple of explosive episodes. The world of Elliot Alderson was blown open wide by the end of Season One, and with a plethora of rich characters there’s no need to squarely focus in on Elliot every moment of every episode. Let it simmer.

Episode six (“eps2.4m4ster-s1ave.aes”) was an embarrassment of riches between the opening homage to 80s/90s sitcoms and the Mission: Impossible style escapades of Darlene and Angela infiltrating the FBI. Anything more would be giving too much away. Just do yourself the favor and catch up on this amazing show so we can talk about the Second Season after the finale.


Did I mention the amazing soundtrack this show has?

3 thoughts on “Mr. Robot Is The Best Show on TV You’re Not Watching”