The Night is Dark and Full of Terrors

It’s been a long time since I’ve posted here– my onetime blog, which is weird considering how much extra time I’ve had on my hands since the COVID-19 pandemic sent us into this weird post-apocalyptic world of quarantine, masks, and copious amounts of hand sanitizer.

To be fair to myself in the months prior to COVID hitting us hard in the face and changing the landscape of our society I was dealing with some major life changes of my own– having Gastric Bypass surgery in July 2019 to help curb some of my major health issues stemming from Type 1 Diabetes and my ballooning weight. The day of my surgery I weighed in at 272lbs with my heaviest tipping the scales at 280 just months before. A week after surgery my body went into complete shock, forcing me back into the ICU and knocking me on my ass for another week due to diabetic ketoacidosis.

Once I was released from the hospital the long road to recovery began and in the nineteen months since I’d say I’ve done an “okay” job overall. COVID definitely put a big ass roadblock on my road to a healthier lifestyle, and the intervening winter months have built that roadblock into a god damn wall. Nevertheless I’ve still done my best to get things done, and my weight currently sits at around 190lbs depending on the scale with my diabetes and overall health better than it’s been since my early 20s. 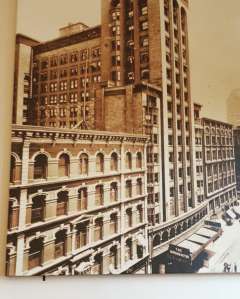 In January of 2020 just two months before COVID shut down major travel within the U.S. I traveled out west for the first time in my life going to visit my father in Las Vegas for a couple of weeks. The trip was an amazing experience, and in hindsight it was even better knowing how bottled up I would be for the remainder of the year. While out there I was able to escape to Los Angeles for a night to visit a Breaking Bad pop up restaurant, staying at the Historic Hollywood Hotel, and enjoying the sights for the night. If I could have one do-over from my trip I’d spend an extra night out in California to get the chance to explore more– but I’ll return soon enough.

Upon my return from the west coast I began prepping for NCW’s 2020 wrestling season, but it was becoming more and more apparent how real the risk of the Coronavirus was becoming and despite us running one show on March 13th, 2020 (our 2nd show that weekend was canceled days before by the venue due to COVID concerns) in Dedham, MA the United States went into lockdown that following Monday the 16th effectively killing any additional shows for NCW 2020.

Oh, and during the Main Event Title Match of the 2020 Kickoff between NCW Heavyweight Champion Vern Vicallo and challenger “The Natural” Channing Thomas the fire alarm went off, forcing everyone immediately out of the VFW Post while the wrestlers scrambled toward ending the match. That was probably a bad omen for the rest of the year based on that alone.

Wrestling in general died off for me in the “Age of Corona”, as the TV programming for WWE and new competitor AEW held empty arena shows, though at least AEDub had the wrestlers themselves socially distance-surround the ring to provide noise and participation. For me wrestling has always been defined as a spectator sport, and no fans has definitely hurt the flow of the shows. WWE would eventually adopt the “WWE THUNDERDOME” to bring fans virtually into the shows while pumping in fake crowd noise. Definitely a step up from SILENT WRESTLEMANIA, but still a weird uncanny valley for wrestling.

Oh and my baby boy Anthony Greene signed with the WWE and has been killing it on 205LIVE as “The Life of the Party” August Grey.

With Quarantine in full effect and me working from home 7 days a week my social life became nonexistent save for my careful trips to the pharmacy and the grocers. Understanding I was high risk due to the betes did my part to stay away from people, but like most human beings I still went crazy despite my perpetual love of solitude.

Tiger King happened, like EARLY into COVID. It kind of blows my mind that the Netflix doc only premiered in March 2020, really taking  pop culture hostage during the early days of lockdown.

In my best attempts at staying active while being trapped inside my small apartment 95% of the time I did my best to walk about two miles a day giving me ample time to catch up on podcasts old and new. The best of the bunch was the fantastic Radio Rental, a fabulous true crime/horror pod that blew fellow earworm Let’s Not Meet out of the water. I also began listening heavily to the Tony Schiavone’s What Happened When podcast, then quit about three months later when I couldn’t take the two hours of advertisements wedged into a one hour conversation between Conrad and Tony.

Of course there were also my old reliables from How Did This Get Made, We Hate Movies, Murder Squad, MFM, and Slow Burn to help me power through the day.

I REALLY began to miss going to the movie theater. My last theater experience was going to see Bad Boys For Life with my Dad while out in Vegas.

As the months wore on I began to reintegrate my social circle back into my life. We were careful and did our best to maintain social distance guidelines during our outdoor get-togethers , and while I still haven’t seen some of my best friends since before COVID struck I’m happy to have been able to spend some great times with great friends during the pandemic. We’ve also adapted to the virtual hangouts during this Long Night, doing Zoom Hangs, Skype Calls, and Virtual Jackbox Parties.

Unfortunately since I can never get two steps ahead without getting shoved down to the ground I was forced to take another sabbatical in the fall of 2020 to resolve an ongoing issue I had with my thyroid. Before my Bypass my surgeon noticed the right side of my thyroid was slightly enlarged, and had been set up with a great thyroid Doctor to monitor things post-bypass. Since my first biopsy we had seen my thyroid grow by four centimeters, and it was highly recommended we remove the thyroid. Originally I had prepared to have the surgery in April, but decided I did not want to have to go to the hospital during ground zero of COVID hospitalizations. The surgery was rescheduled to September 2020 and thankfully only kept me out of commission for a few weeks.

The thyroid was found to be cancerous, and it was a good thing we had it removed. We continue to keep a close look at my other thyroid, and see if I need some supplements to help me with my thyroid levels.

HBO MAX has been coming in hot proving once again “They aren’t streaming (TV) they’re HBO” bringing in brand spankin’ new episodes of Search Party from TBS (without cable I missed everything after Season One and immediately binged the series. Hard) as well as their integration of their VOD business model for new Time Warner releases (Wonder Woman 84

, and Judas and the Black Messiah

all being released simultaneously on HBO MAX and theaters with a 30 day window) but it was really the release of The Flight Attendant that hooked me into the latest streaming app. Kaley Cuoco was a marvel, and while I never thought much of her it was probably because of my utter refusal to ever watch a full episode of The Big Bang Theory. But under blog law we do not discuss The Big Bang Theory here. Moving on. Go watch The Flight Attendant.

So after surviving a thankfully quiet holiday season (relatively quiet besides a small COVID scare because my Aunt was exposed to someone who was positive and then immediately joined us for Christmas dinner) we soon arrived at 2021 with the government being attacked and society around us being thrown into further chaos. I’ve made a point not to discuss politics (or religion, or The Big Bang Theory) on this page, and I’ll stand by that. What I will say is that anyone believing turning the calendar page from December 31st, 2020 to January 1st, 2021 would magically fix the world’s problems– I want what you’re smoking. In edible form, plz.

Good TV was scarce for me, but luckily I was able to catch up on QuarantineCatfish, which somehow has still remained relevant in the 10 years since Nev first got his ass fished.

Tired of feeling trapped, and wanting to see the film Promising Young Woman I decided to venture out to my local Cinema to view Emerald Fennell’s latest on the big screen instead of paying $20 to watch it on my stupid TV. To be honest despite my initial anxiety about going to the theater it was a much safer experience then stopping by Walmart or the Market for food. Everyone at the local Showcase followed social distance guidelines, I purchased my ticket and seat a head of time online, everything was done digitally for concessions and checking in, and with only 3 other people in the theater we were spaced out accordingly based on the reservations. 10/10 would do again. The movie was also great.

I was kept sane during COVID thanks to Joe Bob Briggs and The Last Drive-In, which has flourished since it’s revival in July 2018 and we’ve thankfully gotten an entire second season of the series as well as multiple specials of Joe Bob and Darcy doing their thing. I’m eternally grateful for Briggs to be back on my television screen, and even got to go see his “How Rednecks Saved Hollywood” tour in November 2019 before the world ended at the Columbus Theater in Providence.

Joe Bob and the Mahoning Drive-In are working together for the Joe Bob’s Drive-In Jamboree in July and it’s only about a four hour drive to Pennsylvania for the event. I’m down. Who’s coming with me?

So here we are. February 2021 and the world is still spinning.

I’ve made promises in the past to keep blogging and failing miserably every. single. time. So I won’t make that promise again. I will continue to drop in, to talk about the things I love and maybe work into a routine to keep this going. Maybe I will forget my log in password and forget about the blog until WordPress sends me an e-mail saying they charged my credit card for another year of this domain name.

Whatever the answer is, the truth lies somewhere in the middle.